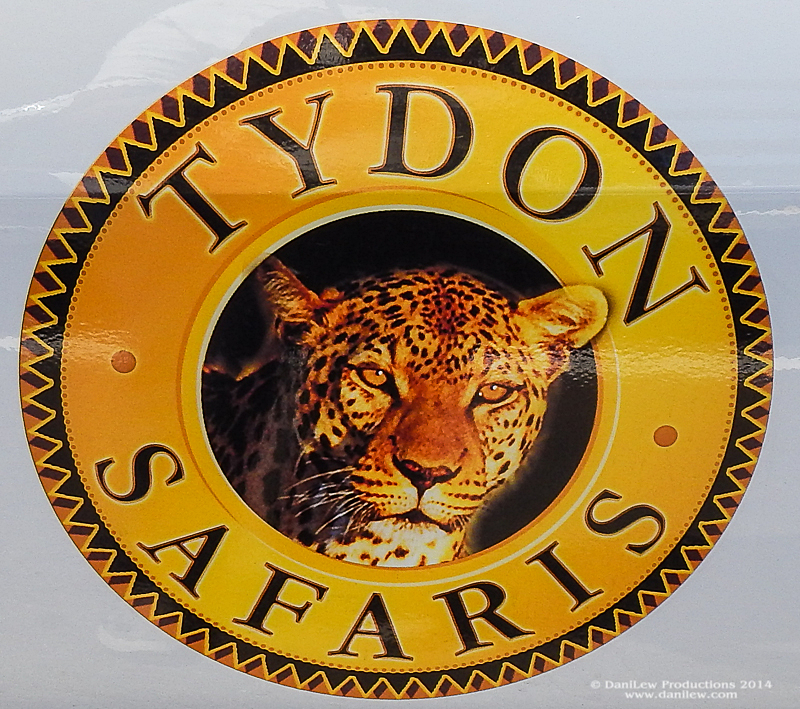 Tydon Safaris is a small but well-managed family owned and operated business that hosts two tented camps: the original camp at Shaw’s Gate borders the Sabi Sands Game Reserve; and the other, a Bush Camp, that is situated inside Sabi Sands.

This is only the second time I’ve done “independent travel” through a tour company; the first time was 21-days in Greece. Basically, I told the tour company where I wanted to go, how long I wanted to stay and how I wanted to get there; they arranged the hotels and transportation and I did the rest. But not so with Tydon Safaris. You see, I usually plan every aspect of my travel and, as Gavin teasingly mentioned at dinner that first night about my numerous emails, I had a lot of questions for him and Vangie (his wife) since I was not even remotely in control, except to pick the day that this adventure would begin and to book my own flights.

November 2013, I found Tydon Safaris on TripAdvisor as highly-ranked and, from the reviews, it seemed the perfect blend of cost, size and service. I was NOT disappointed. Tydon Safaris has a few different packages but the 12-day Exclusive Tour caught my eye and I booked it this past January to start on April 7. Truly, it was, without a doubt – the trip of a lifetime.

Back to the story…

Day One – Monday, April 7, 2014: As part of my pre-safari, I was staying in a hotel in Pretoria, South Africa and as promised I would be picked up between 8:00-8:30 am. Gavin arrived promptly at 8:15, needless to say I was surprised when I found out who he was. To me, it has always been a pleasure to meet the person you’ve been talking to long distance on the phone and emailing back and forth but I never expected the owner as my driver.  Much later, I finally realized that a small business owner must wear many hats and this was just one of his.

During the 5-hour drive, we chatted about ourselves and some of the sights from the road.  The countryside was so varied; dotted with chemical plants and factories, pine forests larger than some US states, rolling hills and deep meadows that I found myself shooting through the minivan’s windshield with a Nikon Coolpix AW110 camera to try to capture some of its beauty.

On the road to Safari camp, Mpumalanga, South Africa

I even got a glimpse at real life in South Africa when we stopped at a Butcher in Hazyview and a local grocery store afterwards to stock up on food for the week.

We arrived at the safari camp at 1:00 pm which was just in time for me to unpack and acquaint myself of the surroundings before lunch. I was given tent #1, which is a family tent with a child-sized pup tent on the same deck as the parent’s tent but it is also closest to the dining area. Nice!

Oh, but it was even better when I looked around inside! Twin beds with mosquito netting, air conditioner, fan, a mirrored vanity and an ensuite bathroom with shower!

Inside Tent #1 at Tydon Safari Camp

I already knew this, of course – it’s on their website – but it was still very exciting.  Like a schoolgirl, I giggled with glee.  Tydon Safaris calls this “semi-luxury”; I say that I lacked nothing.

Lunch in the dining area was fabulous – actually all the meals were great; authentic and plentiful of fruit and vegetables – and by 4:00 pm we were inside Sabi Sands Game Reserve for an evening/sunset game drive!

It was 5 of us in the open vehicle plus our guide/driver, Jacques. One man from Eugene, Oregon was there with his fiancee but she broke her foot and twisted her ankle in Cape Town so she was not on this drive. The others were a family from Lancaster, Pennsylvania – Mom and Dad were visiting their son, Chris, a Missionary living in Cape Town.  I had the back row to myself with my Nikon D300, a rented 80-400 VR II lens from BorrowLenses on a monopod.  We were all so thrilled about our adventure but I was totally stoked for the Big Five!

The “Big Five” is safari language for Lion, Leopard, Cape Buffalo, Elephant and Rhino. If you see these animals on your game drive then you should be completely satisfied. They are not on display, however, like a zoo; they are in their natural habitat and could easily lay low in the tall grass as you drove by without seeing them. Nonetheless, we saw almost everything on the first night!

Zebras greeted us at the gate, Giraffes not too far from there and within 15 minutes a Leopard crossed our path!

The Leopard hid in the shade on the side of the road until he realized that we weren’t going anywhere and afterwards he slunk off into the high grass to stalk some other prey.

We soon saw Elephants and Impala munching leaves and grass for dinner and Buffalo enjoying the relative peace and quiet at a small watering hole.

As we approached the twilight, Monkeys and Warthogs stayed far away from the roads and we parked in a wide-open space for our Sundowner. A Sundowner consists of a drink (I had a semi-dry South African white wine) and snacks at sunset.

And it was such a pleasure to stop and watch the famed “African Sky” bubble then turn into flame after the sun had set.

On our drive back to the camp, we found herds of Elephants and Buffalo but even with the spotlight, it was too dark for me to capture anything good on such rough and bumpy terrain.

Back at camp, we sat around the Boma (outdoor entertainment area) with a fire in the Braai (barbecue pit/grill) devouring a delicious meal prepared by Ms Sissy – she’s been with Gavin for 22 years now – and her staff. I had another glass of white wine with my meal and I met the rest of the guide/drivers and two other family units: a young couple from Greece (I think) and a family of four (Mom, Dad, and two teenage girls) currently living in Bangkok, Thailand.  It was a very intimate experience as we introduced ourselves and Gavin entertained us with stories of previous guests, his life and family.

Around 9:30, we were walked to our tents and zipped in tight with a warning that wake-up call was at 5:30 am and the vehicle was leaving at 6:00 am – no matter what. By 10:00 pm, after writing up my notes on the day’s activities in Notability (an iPad app) and listening to a hyena in the distance (I hoped) whining at the moon, I was down for the count.