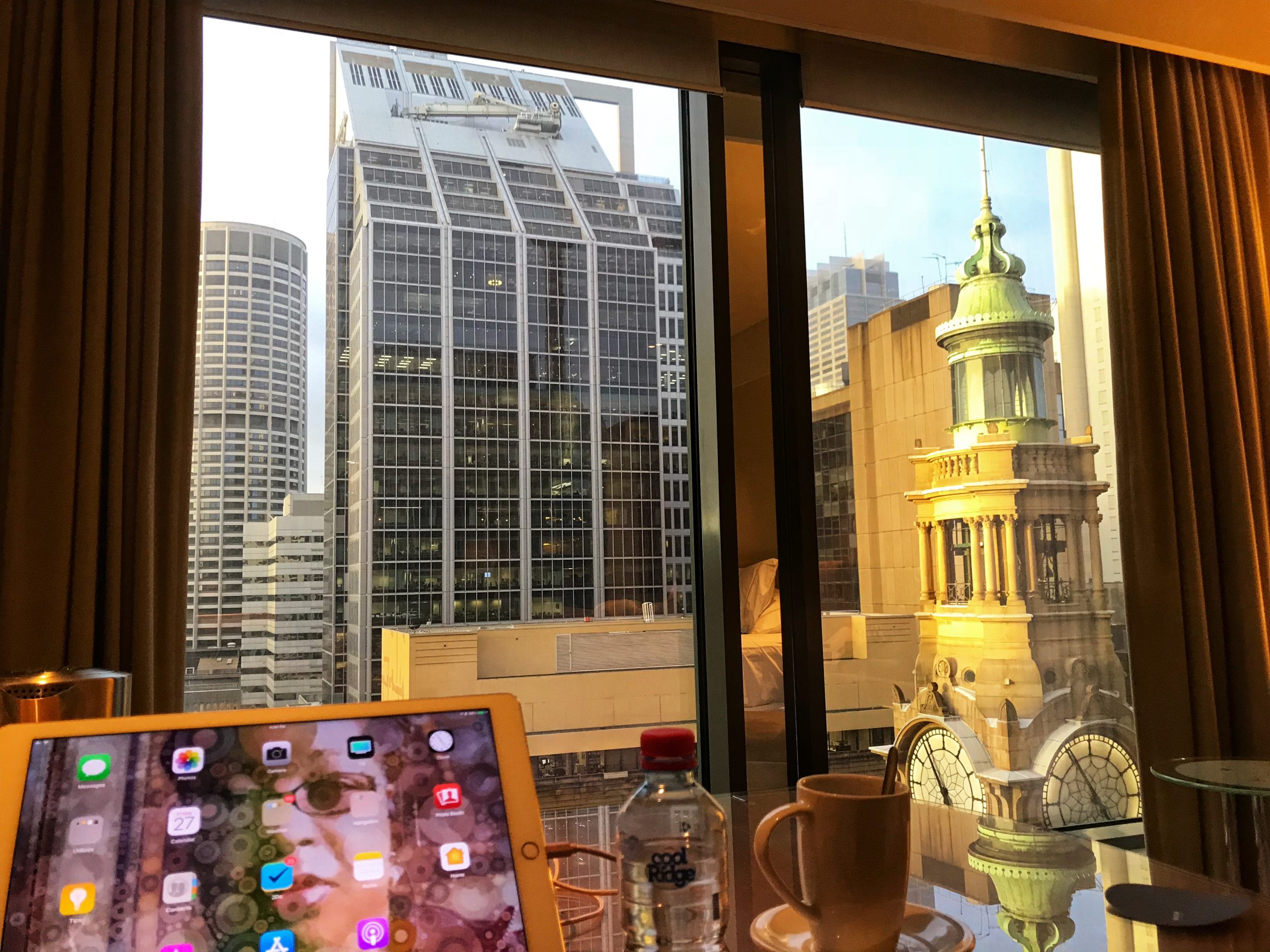 Well, I’ve been back in the US for a couple of weeks now and I just realized that I needed to catch my readers up on the points and miles used on the final legs of my Australia & New Zealand trip. It’s been nearly a month since my Catchup in Canberra post.

From Saturday to Wednesday, I spent 4 nights at the DoubleTree by Hilton Melbourne – Flinders Street for 131,000 Hilton points otherwise it would’ve been $606. As a Hilton Gold status member (courtesy of American Express Platinum Business Card) I was upgraded to King Room with a partial view of Flinders Street.

View of Melbourne Australia CBD from above the Yarra River

From Wednesday to Sunday, I spent 4 nights at The Westin Sydney for 48,000 SPG points otherwise it wouldv’e been $1825. As an SPG Gold status member (courtesy of American Express Platinum Business Card) I was upgraded to a Tower Premium King room on the 17th floor.

Sadly on Sunday April 29 I flew back to Washington DC but pretty happy about how much money I saved!

Points and Miles used from April 21 to April 29

That’s a lot of moolah but not quite 3 million!

Let’s just say that I also used some points and miles for Cabo, Cancun and Puerto Rico vacations in addition to some domestic destinations such as Boston and Denver in 2017.

Nonetheless, I jet off to Europe tomorrow for some summer sunshine!