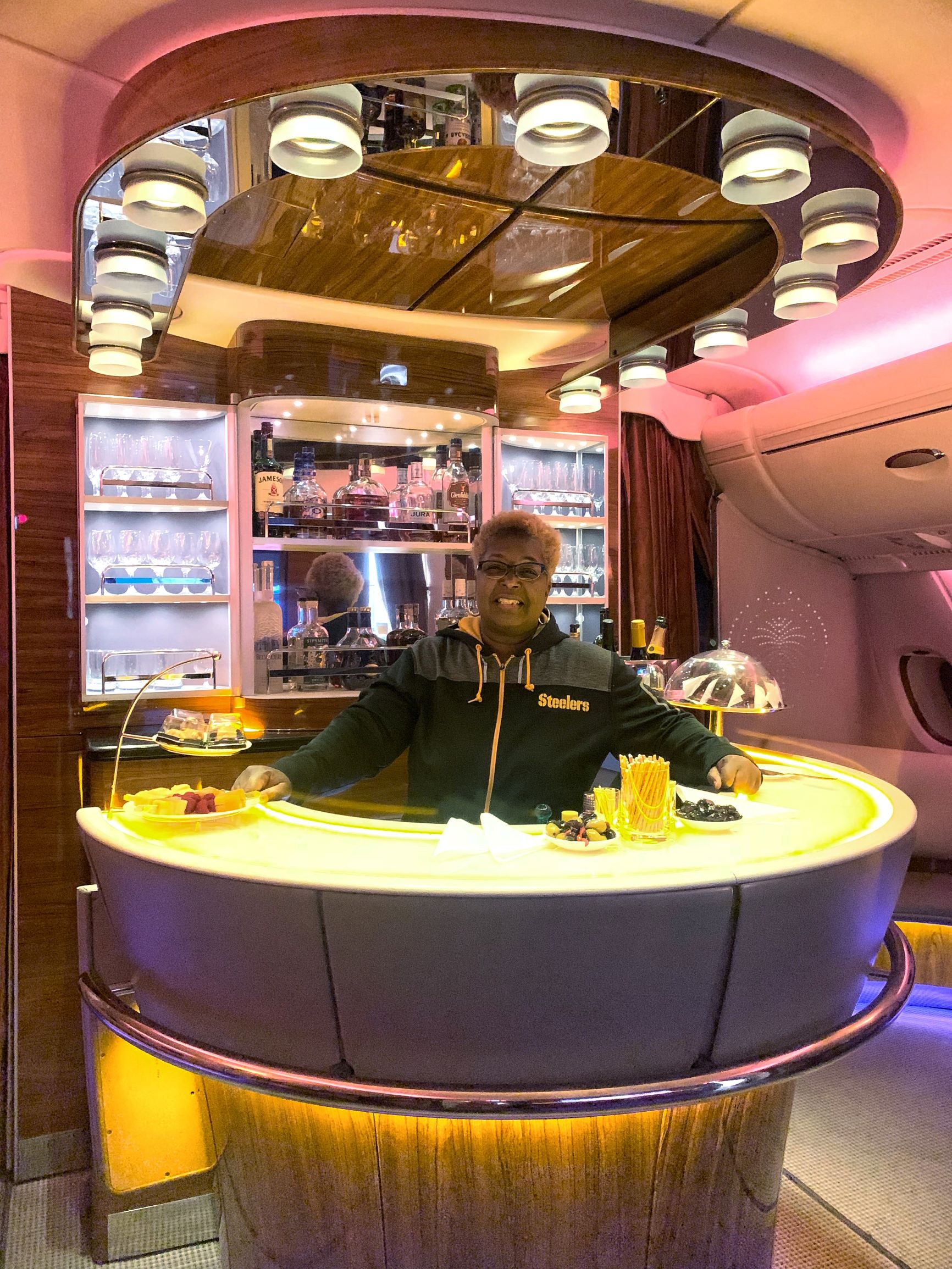 Who made first class travel crazy, sexy and cool? The Asian and Middle Eastern airline companies upped the “fly like a rockstar” frenzy with suites and showers.

In summer 2014, I watched Become a Travel Hacker by Chris Guillebeau on CreativeLive.com where Chris said “ultimately it’s the experience of travel that really matters… it helps to have a destination or travel experience in mind… for this course.” So I started dreaming about flying on Emirates, Etihad or Cathay Pacific airlines to somewhere… anywhere.

Then in September 2014, I read Booking Emirates Awards with Alaska Miles Got Easier by Lucky on onemileatatime.com so I opened up an Alaska Airline Mileage Plan account and applied for the Alaska Airlines credit card where I earned 30,000 miles.

I was on my way to a rockstar lifestyle!

Well, it took a lot longer than I imagined…

Where did I decide to go?

In March 2018, I finally decided on a slow-travel route through South-East Asia.

And yes, I had enough miles to get a one-way two-segment business class ticket from New York to Dubai to Singapore on Emirates = 105,000 miles plus $29.00 for taxes and fees.

The actual cost of the ticket ($9,322.30) made me choke! There is no way I could (or would) ever spend that much money on a ticket or on anything really.

So even though I did not have enough miles for a first class ticket, Emirates Business Class was still the absolute best redemption for me! And for the last two days I was sitting pretty in Emirates Lounges and at the Bar in the Sky!