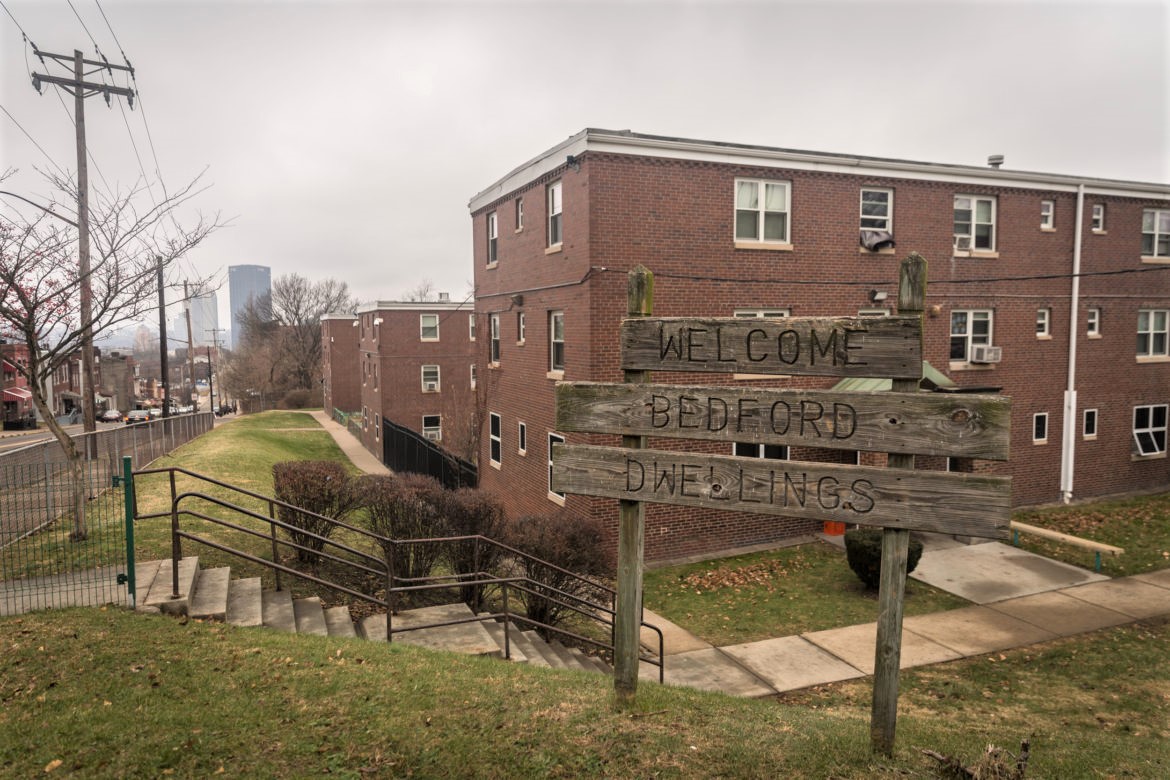 Slow Traveling Soul Sister podcast: get to know me – Episode 001

EPISODE 001 – Get to know me: the Hill District blues

Episode 001 is a brief introduction of my life growing up in a low-income neighborhood, lovingly called “the Hill District Projects” in Pittsburgh Pennsylvania.

Introduction to the Hood

Are you old enough to remember the hit television police drama series “Hill Street Blues”? I know most of the exteriors were shot in Chicago but Stephen Bochco attended Carnie Mellon University in Pittsburgh and as part of his thesis, he took a drive in a police car through my neighborhood, and years later wrote the riveting tv series. According to sources close to him “The run-down, shabby, drug-ridden impression of Pittsburgh’s Hill District that Bochco acquired was apparently part of the inspiration for the show.”

Yes, that was the backdrop of my life from birth to age 17 in a low-income neighborhood, lovingly called “da Hill District Projects”.

I was raised by a hard-working, take no prisoners, party-until-you’re-the-last-one-standing divorcee. And as a child of the 60s, what kept me company were tv shows like: Wild Animal Kingdom with Marlin Perkins, Undersea World of Jacques Cousteau, Wonderful World of Disney, Hawaii 5-0, plus Johnny Carson, Ed Sullivan, and Benny Hill; these shows all fueled my imagination and wanderlust.

At age 14, I was an eye-witness to a murder, that took me through grand jury and criminal trial testimonies and resulted in a 20-year prison sentence for the shooter. I also either witnessed or was related to so many other abuses, criminal behavior, drama, tragedies, and trauma that could send almost anyone straight to a psychiatrist’s couch or off a rooftop. I had so many low moments in my young life that suicide was a serious consideration.

God, however, puts people in your life for a reason or a season and thankfully, because of the friendships that I formed, high school was awesome and a saving grace. Even if you don’t believe in a higher power, sometimes you just need to say a little prayer or speak it into existence and trust in the answers or the signs that appear before you. Plus I wasn’t going to go out like that. Suicide was just something Black people didn’t do back then and neither was visiting a psychiatrist. So self-preservation became my daily mantra and I couldn’t wait to leave Pittsburgh to explore the rest of the country, let alone the rest of the world.

Anyway, after short stints in the Army and college, I moved to Washington DC with my best friends and became Godmother to their 3 children. Even though I was trying to remain unaffected, my godchildren, slowly but surely, absolutely stole my heart without me realizing it and actually ruled some of my future choices. We’ll discuss them in future episodes…

Anyway, I worked hard and played hard as I traveled the world while working full-time. But deep down inside, I was not happy, not content at all. Living in the USA as a black person, let alone a single black woman, has definitely not been easy and even though I succeeded in most of my career goals, I had too many awful instances that made me dream of living elsewhere. Since I did not have a college degree, my prospects of working in a foreign country were limited so my dreams shifted to retirement overseas. Or as I’ve been known to say “to retire anywhere but here.”

Before I go any further, this podcast is not a rant about being Black in the USA – although I will include some real instances of racism, misogyny, and classism that I’ve encountered over the years. This podcast is truly about my thirst (my desperate need) to know and see the rest of the world, my experiences of 40+ years of traveling to and living in foreign countries as a solo Black Woman, and how all of these things impacted my life.

Over the next several episodes, I’ll break down my mindset as I grew up and matured plus I’ll briefly describe my retirement plans during a 16-year period (2001 to 2017). Then after that, I’ll tell you a lot more travel stories, my future travel plans; my opinions, aspirations and inspirations on single life, work life, and retirement life; and how I’m finally doing what I love by helping other Women plan memorable solo or small group vacations and getaways around the world through my boutique Travel Agency, SelfishMe Travel.