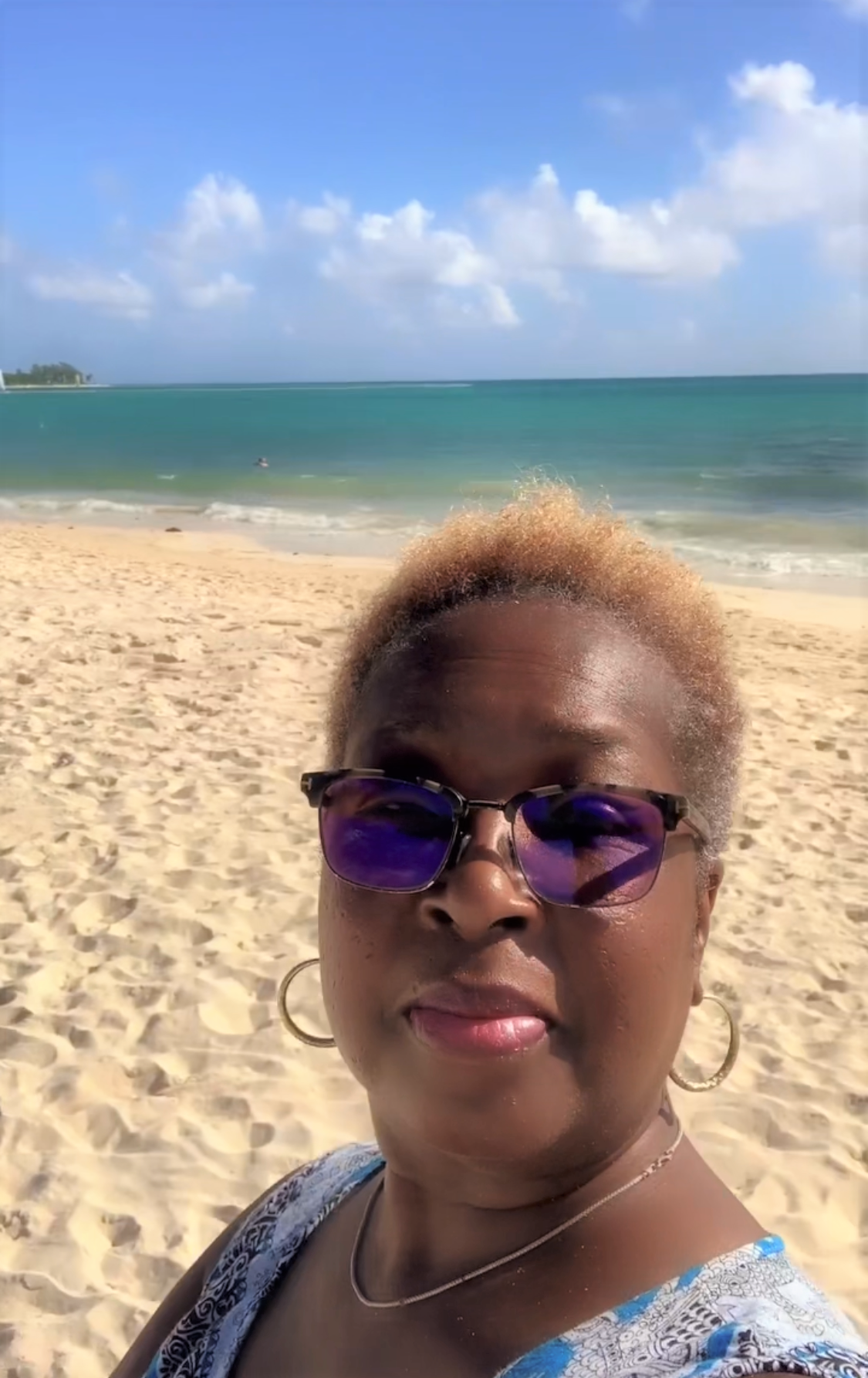 Episode 012 – Slow Travel – I’m back in Playa del Carmen is where I discuss both my solo travels and slow travels to Mexico.

Why I avoided Mexico

For nearly 35 years of traveling worldwide, I refused to visit our neighbors to the South. Why? Because I’m a foodie and the Mexican food that I had experienced living in and around the DMV (DC, Maryland, and Virginia) just did not ignite my pilot. No, I didn’t base my tastes on Taco Bell or Carlos O’Kelly’s – ugh! They both made me sick to my stomach – but there just wasn’t any Mexican restaurants around that made me want to get in my car, let alone get on an airplane for a week’s stay only to be miserable.

I mean, I love Guacamole and Tacos but I just can’t narrow down the entirety of the Mexican cuisine to a Taco, can I? No. There’s also Quesadillas, Street Corn, Mole Sauce, Nachos, Burritos, Enchiladas, Huevos Rancheros, Pipian Stew, Tamales, and Gorditas de Nata (cream inside a pancake)… and so much more!

Well, my indifference to visiting Mexico changed when I started a consulting assignment in Arizona in 2014. I begged my new coworkers – especially since they had bragged about it – to take me to a real good, authentic Mexican restaurant. Thankfully, there were a number of excellent spots that they showed me in the Phoenix/Scottsdale area and I frequented them regularly. When I consulted in Dallas Texas in 2015, I asked my coworkers for same – insisting that I did not want Tex-Mex just Mexican. They came through for me there as well.

And the rest, as they say, is history!

Now I’m a fan of Mexico

I was unstoppable. From 2016 to 2019, I had visited Mexico (both the Caribbean side and the Pacific side) four times. Cabo, Cancun twice, and Playa del Carmen – for at least one week, each visit. Plus a week-long Mexican Riviera cruise. Unfortunately, the food on that Carnival cruise was less than satisfactory but I made up for it in the ports of Cabo and Puerto Vallarta and on the shore excursions. Only one visit to Cancun was at an all-inclusive resort because I truly believe that you can’t get a feel for a country while being insulated in a cocoon-like environment where every meal is catered to the American and European tourists’ tastes. All my other visits during that period were at standard resorts, with restaurants, but I felt no obligation to pay for standard fare. I wanted local flavors, I wanted the local experiences, I wanted the good and the bad of going off-the-beaten-paths to try to find that hidden gem. And rarely did I find a bad or sub-par culinary experience.

Mexico quickly became a favorite! And I spent nearly the entire month of July 2019 in Playa del Carmen as part of my retired nomad life. And loved every bit of it. I had an Airbnb apartment so I went grocery shopping even though I lived half-a-block from the famous Quinta Avenida (5th Avenue) which is basically a 30-block long street of restaurants, bars and shops for the tourists. It can get expensive eating in restaurants all the time, even in Mexico. And the tourists spots are priced for the tourists, not the locals, and aren’t necessarily good eats. However, there were some nice surprises on 5th Avenue but mostly just a block or two off from the main street. At the same time, for my travel agency, I was doing site inspections on some of the best all-inclusive resorts from Cancun to Riviera Maya and enjoying meals and/or snacks as I toured the resorts.

Fast forward to the pandemic of 2020 and I was locked down in Charlotte, North Carolina where my good friend and travel buddy, Yolanda, let me stay in her spare bedroom. Sadly, I needed both a new driver’s license (it expired in 2020) and a new passport (I had no more blank pages) but I had to wait until the offices re-opened late summer. First the driver’s license – there was a 2-month backlog, of course, but I got a new one on my birthday, September 8. Then the passport took 11 weeks for processing. But as soon as I saw online that my new passport was in the mail, I booked the first thing leaving for Merida, Mexico.

Why did I choose Merida? Well, when I was visiting Chiang Mai Thailand over Thanksgiving in 2018, I met a cool couple – originally from the USA – who lived half-a-year in Merida and the other half in Chiang Mai. I listened closely to their quest for decent and affordable housing with only their social security checks to survive on and their trials and tribulations trying to find that elusive housing. Yes, living in the USA in your retirement years can break you financially, but also psychologically. And for many, it’s best to have an exit plan or work until you’re in your grave. Merida had always existed in the back of my mind as a long-time expat haven, but this couple brought it up front.

So back to the story… exactly one week before Christmas 2020, I arrived at my rented house where I would stay through mid-April 2021 and return again to it from early June through mid-September 2021.

Merida has a vibrant black expat community but since it was in midst of the pandemic and the second or third wave, all meetups and gatherings had been halted.

There are several private groups on Facebook where you can find the latest happenings in any city or country and more important things like getting insurance, recommended health care options, restaurants and shops, house cleaners, delivery services, covid-19 testing, etc. So if you want to live in another part of the world, I suggest you look on Facebook first and join a private community. Knock on that door and get answers.

Anyway, I was fortunate that a friend, Roshida, who I met at a travel blogging conference and who lives in Mexico City and runs her own Career Break Coaching company, introduced me to her friend, Toni, who had just moved to Merida a few months before I did. Toni is a retired mom of 3 grown men who decided to retire to Mexico. She is now both a vocal coach and an expat relocation coach plus she has a very cool podcast called “She Said Yes… To Loving Herself”.

Toni and I met the following month (January 2021) in downtown Merida to walk around, have lunch, and get to know one another since we had so much in common. It was an instant connection and we stayed in touch throughout the lockdown via WhatsApp.

Now, I loved the steamy weather in Merida and my neighbors were pleasant enough; not many spoke English but all wore masks and waved whenever I ventured out into the neighborhood or went to the stores. However, I missed the water. Merida is inland and about a 30-minute Uber ride to the beach. I thought I could handle just being in the heat but I missed being near the water more than I thought I would.

By late Spring this year, Toni told me that she had made the decision to move to Playa del Carmen, and I told her that I had just decided myself that I would move to Playa del Carmen in November. A coincidence, a God wink, kismet, alignment of the cosmos, or whatever you want to call it; it’s funny how things work out. And even though the black expat community in Playa del Carmen seemed friendly and thriving online, I would have a friend who already lived there. Not that I truly worried about that – since I had lived there for nearly a month back in July 2019 without knowing anyone – but it’s always good to have a friend nearby.

Fast forward to November 1st 2021… now I’m back in Playa del Carmen. I had made arrangements with a realtor – recommended by Toni – to see some apartments that were available to rent for 6-months to a year. Note: while Airbnb is wonderful, long-term stays are less expensive if done through a realtor. Anyway, I leased a nice apartment that is a 10-minute stroll to the beach. In my retirement, I don’t walk fast; I stroll. I’m not in a hurry to go anywhere, so I meander. 10-minute stroll to the beach. I can also go up on the rooftop of my apartment building to feel the sun on my skin, see the sea, and catch the sea breeze.

A local grocery store is within a mile from my apartment and walkable, as long as it’s not so hot, while the bigger-name grocery stores and shops are a 20-minute bus ride away. The colectivo vans and the regular bus are 10 pesos (50 cents) and run very frequently so you’ll never be stranded unless you’re out after 10:00pm but then you can just take a taxi for not much more than the bus.

All-in-all, living in Playa del Carmen Mexico is lovely and inexpensive if you don’t eat out that much. I’ve met some amazing black women since I came here a month ago, young and old, and almost all of them are entrepreneurs and/or retired. There are weekly dinners and many other activities going on throughout each week. There is a sense of community here. There is camaraderie here. There is kinship here. It’s all good here.

You can’t call yourself a Queen if you’ve never ruled – and that means… taking a chance and rolling the dice on life. Getting unstuck. There’s a meme going around on the internet about a bottle of water costing 50 cents at a supermarket and how much more that same bottle of water costs at different places like the airport, a restaurant, or a resort. Basically, it’s an analogy to say: if you’re feeling belittled and worthless then find the courage to make a move to somewhere – with your same packaging – that you’ll be loved, valued, and appreciated. Don’t settle for less. Be that Queen that demands more.