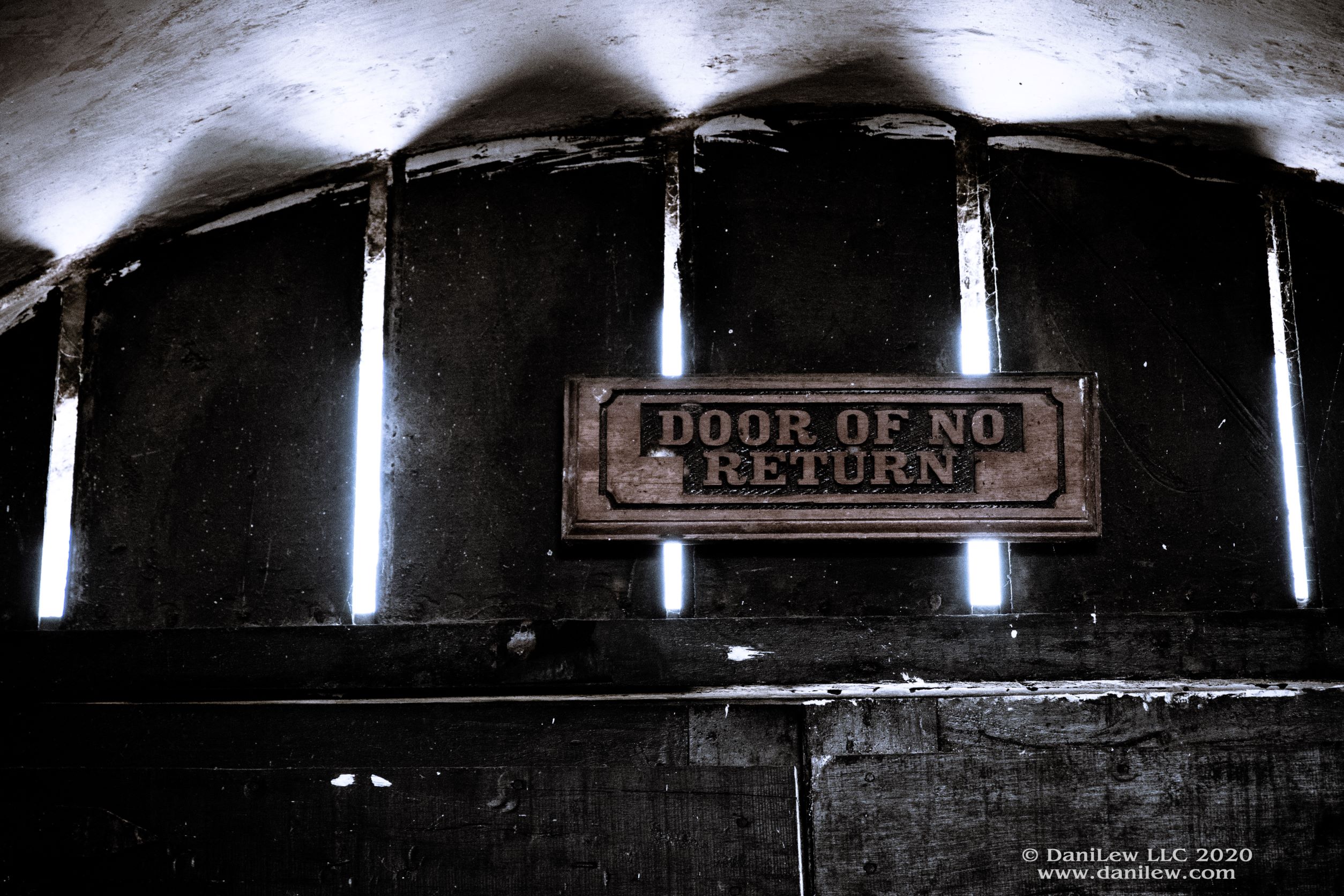 What is Black History Month and why is it celebrated?

Black History Month (originally known as African-American Heritage Month) really dates back to 1915 when Carter G. Woodson, known as the ‘Father of Black History’ and the pioneer of African American studies in the early 20th century, created an organization called the Association for the Study of Negro Life and History.

And in 1926, Woodson initiated the first Negro History Week in February, specifically because of two significant birthdays: Frederick Douglass (February 14) and Abraham Lincoln (February 12). The main focus of the Negro History Week was to encourage the teaching of the history of Black Americans in educational institutes, particularly at the primary level. However, most school systems around the country ignored the curriculum or denied the need to teach it.

However, more than 40 years later, in 1969, Black educators and students at Kent State University in Ohio proposed a month-long observance to reflect on more than 400 years of American African history and heritage that have shaped the American culture, and the first Black History Month took place one year later in 1970. And by 1976, Black History Month was widely being celebrated across the country, and not only in schools, but in colleges, and community centers.

How do I feel about Black History Month?

I’m torn. Does it matter? Does it truly matter? Black History Month began as a way to remember significant people and events. But we are still mistreated or treated as 3rd class citizens in the USA. And I feel, that as punishment for helping to elect our first Black President, the USA is going backwards; actually retreating into the Jim Crow era or worse.

I can’t remember which world-famous guru mentioned online that he could not find Black talent for management positions in his company. And somebody wrote back: “stop looking at Harvard. Howard University has beaten Harvard in debates how many years in a row now?” 😁 Seriously, I try not to regret much but I really regret not going to an HBCU (historically Black colleges and universities).

Our past is still our present

Anyway, I recently, accidentally watched a video on Instagram where two young boys were fighting in a mall. The mall cops immediately threw the black boy on the ground and handcuffed him while they let the white boy sit and rest. It doesn’t matter who started it but it definitely matters how it ended. The mall cops are currently being “investigated”. Right. They are probably on paid leave and will be back next week. Well, I hope every Black and Brown parent will not patronize that mall again or let their children anywhere near it. That is how we should protest: pull our money and put it to good use elsewhere. Stop going where they fake smile as you enter and then watch you like a hawk because of the color of your skin, while the white girl steals from the racks and walks out the door, bold as brass. It’s happened. I’ve seen it and reported it. Nothing changed, nothing really changed.

And I’m tired, tired, tired and scared. You see, I never watched the George Floyd video, nor did I watch the Ahmaud Arbery video or any of the others or the trials – or even the Rodney King beating – because I see the killings and the brutality in my nightmares. I saw it as a child growing up in the 60s and every year that has passed since, I was even a victim a time or two (and survived, obviously) but no thanks to the racist cops that I met driving while Black. It just added to the PTSD I’ve been suffering since childhood. And obviously, absolutely nothing has changed a half-century later.

So to me, Black History Month (year, century, millennium), it does not matter anymore. It never did, really. I mean, I appreciate what the month was supposed to do and I appreciate the allies that stop by to express their opinions online, in emails, and in videos, the conversations that sparked better representation, identity, and diversity in America’s history but… as long as we are feared (note: this is taught in the homes) they will never stop hunting us and hating us.

I watched a young poet’s video the other night, Kyla Jenee Lacey, and it made me tear up. That young lady had so much to say in 3.5 minutes that it’s worth a listen. Here’s some of what she had to say: We learned your French, we learned your English, we learned your Spanish. We learned your Dutch, your Portuguese, your German. You learned our nothing, yet you call us stupid. That’s white privilege. What is white privilege? It is only the five decades of legal acknowledgment expected to correct 400 years of white transgression. It’s Blacks receiving almost 20% longer sentences for the same exact offenses… It’s a Black Man without a record that is less likely to get a job than a white felon… It is the only time thousands of white people are cheering for the black kid to win is in the stadium. That’s white privilege…”

And speaking of black kids in stadiums… I used to love everything about the NFL and my Pittsburgh Steelers… until Colin Kaepernick took a knee. Then the real slave owners raised their ugly heads and I gave away all of my Steeler paraphernalia and trashed any NFL gear. I haven’t watched a game or a highlight or a sports commentary since. I now have better things to do with my Sundays, Monday and Thursday nights, or whenever the NFL is on television. And despite the commissioner’s non-apology to Colin and Black People everywhere, nothing has changed. Colin is still considered an outlaw – enemy #1 – because he embarrassed “the slave masters” in public. And they made it about the flag and not what it really was about.

Nonetheless, with as much Black History as you can squeeze into 28 days, I still feel that the Black Woman is the most dehumanized and sexualized of any race. We are at the bottom of every scale as far as: (1) acceptance (our overall appearance and, especially, our hair styles); (2) the workplace – corporate ladder and salary (that’s obvious); (3) relationship status (mostly our fault but it is and always has been part of systemic racism to separate our families); etc.

Yet Black Women are the nurturers of the world.

Our female ancestors were kidnapped, enslaved, raped, and then expected to love and raise the white child above their own flesh and blood. They had to turn their backs on their own children because the probability of them being sold away to others was a real thing. I can’t imagine the heartbreak… And so they went numb to their own offspring. This “just be strong above all else” and “don’t let them see your tears” bullshit has been passed down from generation to generation and it has helped no one. We need to show our pain and frustration – regardless of being labeled “An Angry Black Person” – otherwise they will continue to ignore it as they have done for 400 years.

So while Black History Month lifts our people up for a few short February days, there’s still so much hatred in the USA to tear it all back down again in March.

You can’t be a Queen if you’ve never ruled and that means… seeing the truth and doing something about it. What’s that old saying: if somebody shows you who they are, believe them. Why try to change someone or something that is broken? Why not change yourself and/or your situation?

Traveling abroad, with an open mind, should make you empathize with other cultures and should make you realize that you don’t have to accept the mess going on in the US for the last 400 years. Especially if you go to the Motherland (Africa) and visit some of the slave castles and other monuments erected to show the will of our people to survive the infamy. The real ugly truth can’t be changed by time. It can be softened but not changed. So be the Queen who decides that if she already has children or will have children in the future, she will raise them elsewhere. What hold does America have on you? The answer should be “nothing and no one.” Please know that you don’t have to stay and be stuck in the USA. You don’t have to accept your current role as a sub-level human being with a big butt, birthing hips, and a backbone that built that country from the ground up. Be the Queen that removes herself from a place full of pain and sorrow and fear and hate. There’s a whole world out there waiting for you to come live in it, be its foundation, and build it up. There is definitely racism in the rest of the world but we are not hunted like animals as we are in the USA. So, love yourself and your future enough to do something about it.