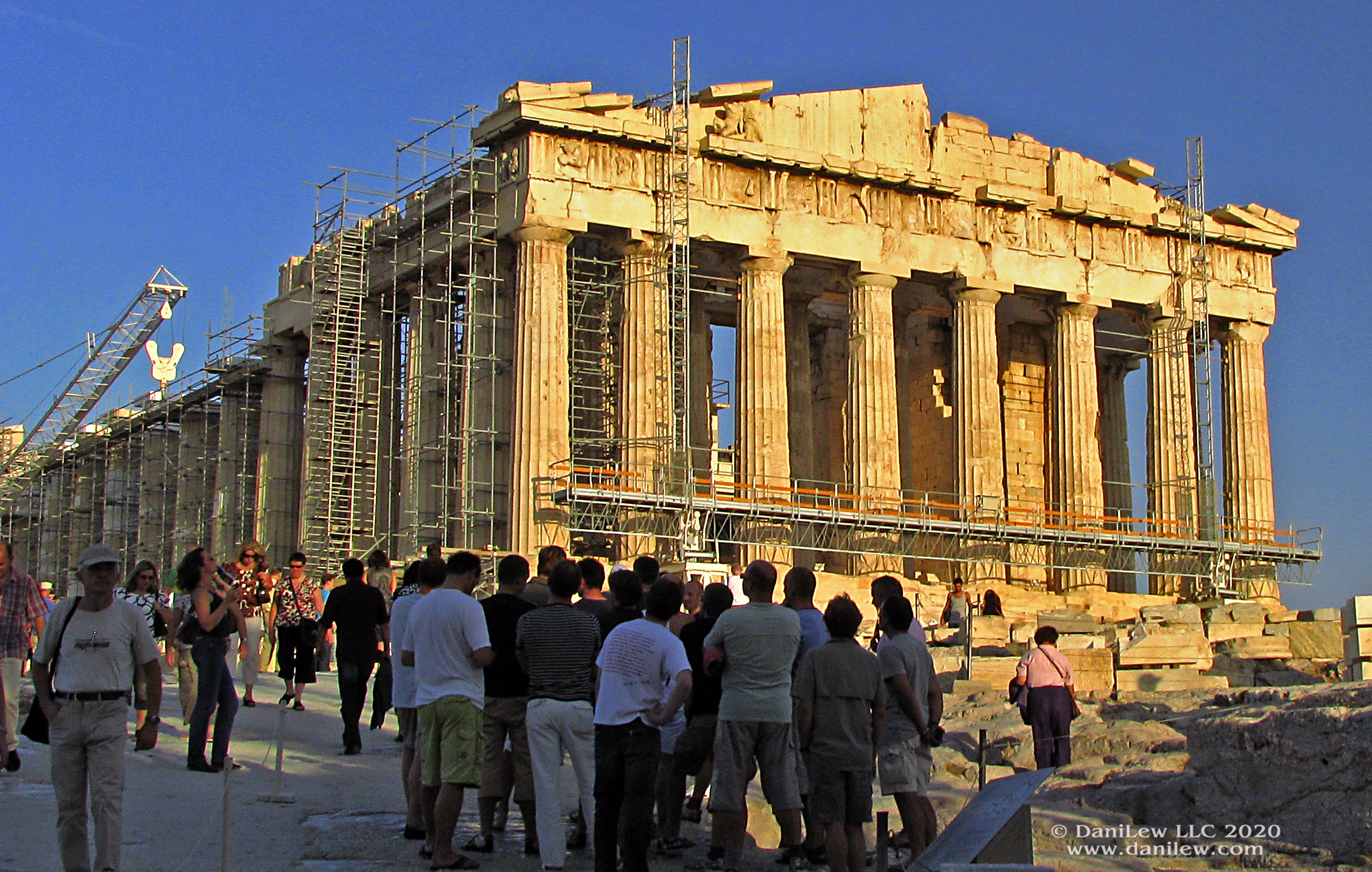 By Danielle LewisSeptember 27, 2022No Comments

Greece has a lot of UNESCO world heritage sites – far more than you might expect for a nation of only 130,000 square kilometres. Touring the country, one is never far from a site of world heritage – and truly world heritage because the ideas that came out of Greece have expanded into something that’s truly global.

Greece has 18 UNESCO World Heritage Sites, with 14 more awaiting official nomination. In other words, if you want to know the history of the whole world – particularly, the civilisation that’s enveloped it – start here.

Every Greek tourist knows about the Acropolis in Athens. Many may have heard of Delphi or the ancient-ancient city of Mycenae. We’re going to take a quick look at my top 6 of the lesser-known ones:

The island where the god Apollo was born, according to mythology. It was long a pilgrimage centre of the ancients. Close to Mykonos (an easy boat trip to get to from there), the entire island is uninhabited and has become an open-air museum.

2. Monastery of Saint John and Cave of Apocalypse in Patmos

This is where – according to tradition – Saint John the Theologian was inspired to write the Book of Revelation (the last book of the Bible). It remains an important Christian pilgrimage site, as does the entire island of Patmos. The main city, Chora, is extremely picturesque and home to this 10th-century monastery, which stands on a hill in the middle of the city.

On sheer rocks that seem to rise from the forest below, seemingly built, or placed there by God, monks in the 13th century constructed a whole host of monasteries. Today, six of the original twenty-four are still open and provide a breathtaking introduction to medieval Greek culture.

Located in the far north of Greece, the city of Thessaloniki was the second-most-important centre of the Byzantine empire. Immerse yourself in the history here, and discover a period when this part of Greece was very connected to Eastern Europe and Turkey, all joined under one of the most powerful empires of the modern age.

The old town of Corfu blends the architectural style of the Greek islands with that of Venice. It has large two- or three-storey buildings, and the second largest square in Europe (after Venice’s Piazza San Marco) – Spianada Square.

6. Sanctuary of Asklepios (Asclepius) at Epidaurus

This site was famous throughout ancient times as a healing centre. It was believed that a god had been born here. Patients would sleep in a special dormitory, and then recount their dreams to a priest, who would suggest a method of healing. Epidaurus is also home to an ancient theatre – the best preserved in modern Greece – with such good acoustics that, if you stand in the centre and speak, people sitting anywhere in the stands can clearly hear you.

Check out my Greece Travel Guide for more historical places and spaces. And when you’re ready to visit Greece, let SelfishMe Travel help you design your next best vacation by booking a complimentary discovery call with me.

CREDITS: This blog post was created by the Travel Agent Society and sold to SelfishMe Travel in 2021.