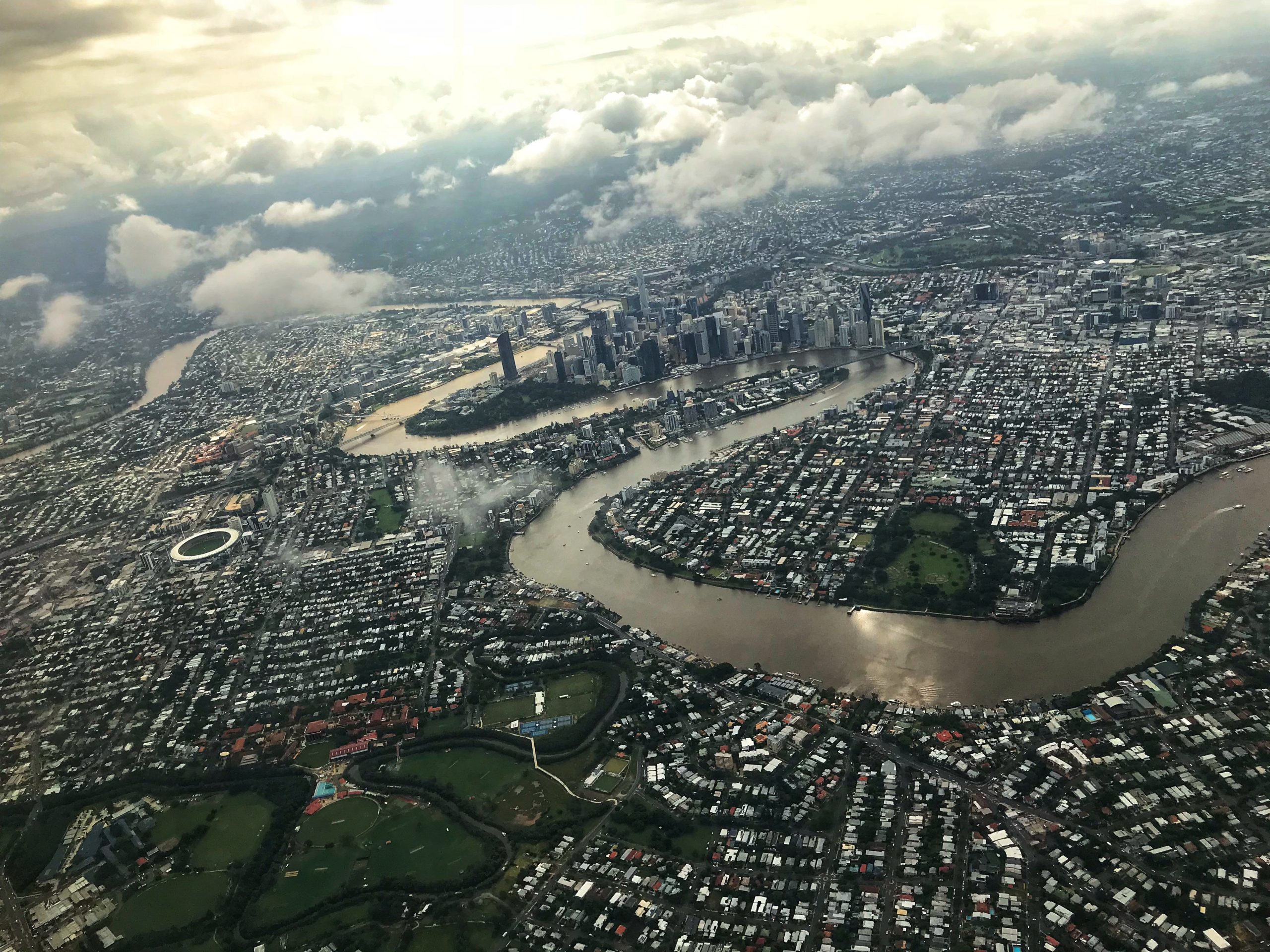 As expected, sunny weather greeted me on the day I landed in Brisbane.

Unfortunately, it rained every single day afterwards. Trying to find my way around a strange city in soggy socks and a poncho was not my idea of a typical early fall day on the humid East Coast of Australia.

There’s no hop-on hop-off bus in Brisbane and the river cruise only runs twice a day: 10:30am and 12:30pm and those times always coincided with the rain.

I was truly a sad-sack, especially when my wine tour was canceled. The young lady from the tour company told me that it was a strange off-week probably due to the Easter holiday. Apparently, I was the only who booked the tour and the other two companies were not running tours that week either.

If it wasn’t for my new friend, taxi driver Jason, I would have been bored to distraction and with little to no pictures to show for my malaise.

Jason is part Greek, handsome, has traveled extensively, and is 10 years younger than myself.

He offered his services and drove me all over Brisbane. Jason entertained me on long drives with the highs and lows of his pendulum lifestyle and some funny details about the city and the surrounding area as we passed it.

He is also an awesome photographer (check out his instagram) and he took me to some of his favorite spots for city skyline views. I was quite impressed from what I saw even though the thunderstorm and lightning scared us away.

He is an all-around great guy who’s getting married next year and will be running a Gelato shop with his future wife somewhere in Spain. I would love to see him again someday…

Aerial view of Brisbane from airplane

Nonetheless, if I ever get back to Brisbane… yes I know Jason won’t be there but perhaps I’ll give the city another chance to shine.