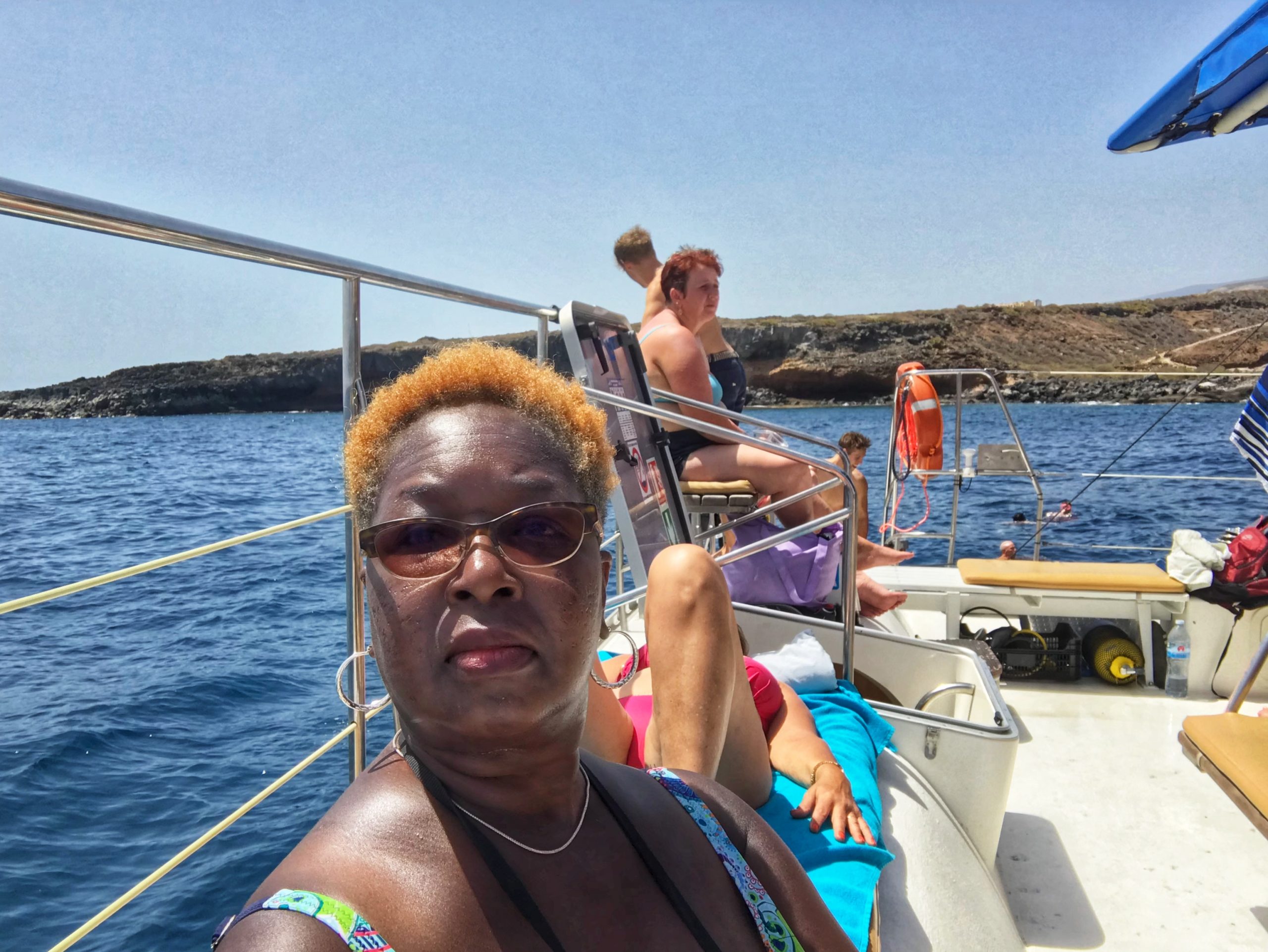 We Are an Oddity, No Matter What

Black Americans traveling abroad is still an odd thing to witness, even from the perspective of another black American. Yes, some of my friends travel and some of their friends travel but it’s still not enough to make huge waves in the world. Even in a large traveling group, we are barely a ripple in a great ocean of predominantly White or Asian nations.

As a solo traveler, I’m a triple-oddity: I’m single, female and usually the only black person around.

Me on a whale watching cruise in Tenerife, Canary Islands

Nonetheless, I still get a little thrill when I see someone who looks like me in a foreign town/city plaza, a hotel lobby, or on a tour bus. I can’t help myself, so I prepare the nod and/or smile when I make eye contact. Success! I move on but with a secret hope that we’ll see each other again and that we’ll have time to strike up a conversation in the next go-round.

Admit it Black American travelers, you do this too!

Really? They don’t mean you any harm and, depending which country you’re in, you might be the only black person they’ve ever seen. Back in 2007, I once had an entire family of 5 blonde-hair and blue-eyes just stop and gawk at me in the streets of Rhodes, Greece. I was surprised by their obviousness but kept walking as though nothing had happened. However, on the way to the airport a few days later I asked the taxi driver about it and he said “they probably thought you were some big-time singer or actress”. Yes, I liked that explanation! Then he asked “Are you?” *grin*

So now I say, soak it up for all it’s worth! Make some friends in foreign lands, enjoy being relevant, and continue to be an ambassador for future generations.

Because, truly, the only time that kind of “odd” attention might happen in America is when they are investigating your corpse.